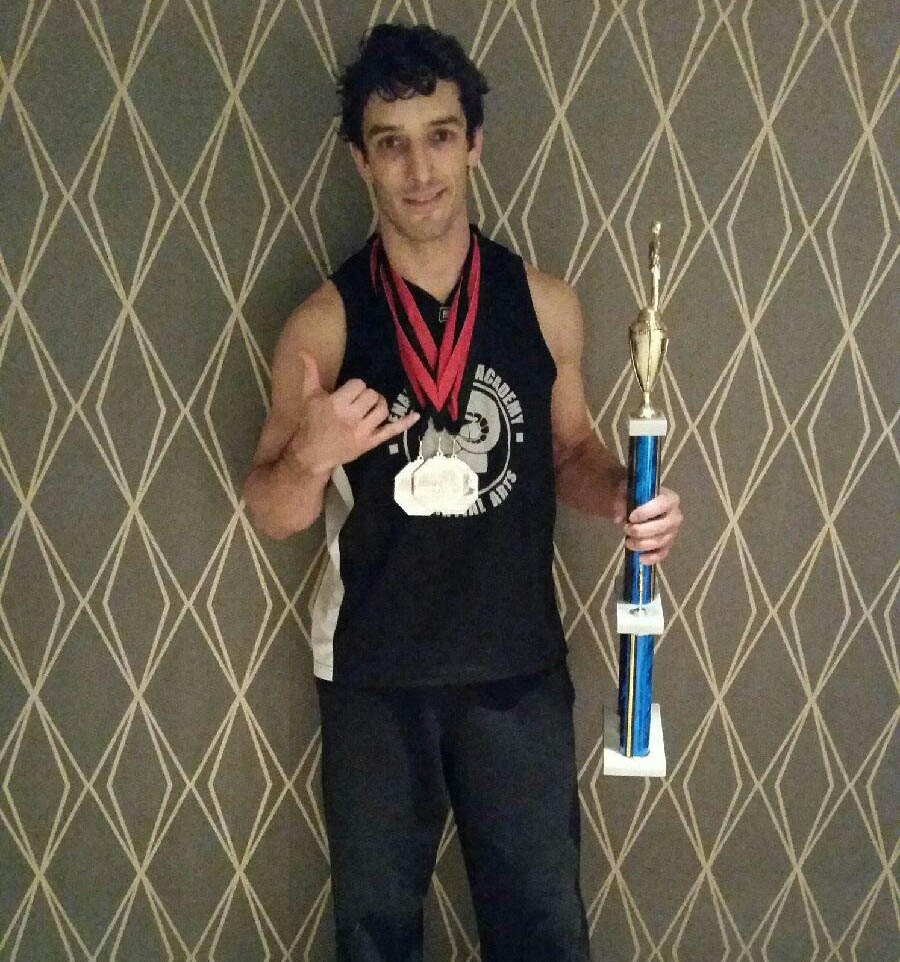 Congrats Caleb, for his performance at the UGC event this past weekend, in Atlantic City!

Coach competed alone this weekend, and brought home Gold in two different weight classes, and Silver in a third, at superheavyweight. As well as 2nd for team overall on Saturday, in Atlantic City, at The Battle Of Atlantic City Grappling Tournament. He continues to improve, and never ceases to amaze us. From his work ethic, to how he handles himself and treats others while at the gym, and especially outside of the gym. These are the characteristics that we work hard to instill in our teammates, daily, at Lynchburg’s Renaissance Academy of Martial Arts.

Here’s the breakdown of the medals he brought home, from Saturday’s event:

Caleb McAllister has been training for more than 10 years and came to the Renaissance Academy of Martial Arts in 2006. He began working here as an assistant coach several years later, and continues to work hard and improve, every time he hits the mats!

To God be the glory!!