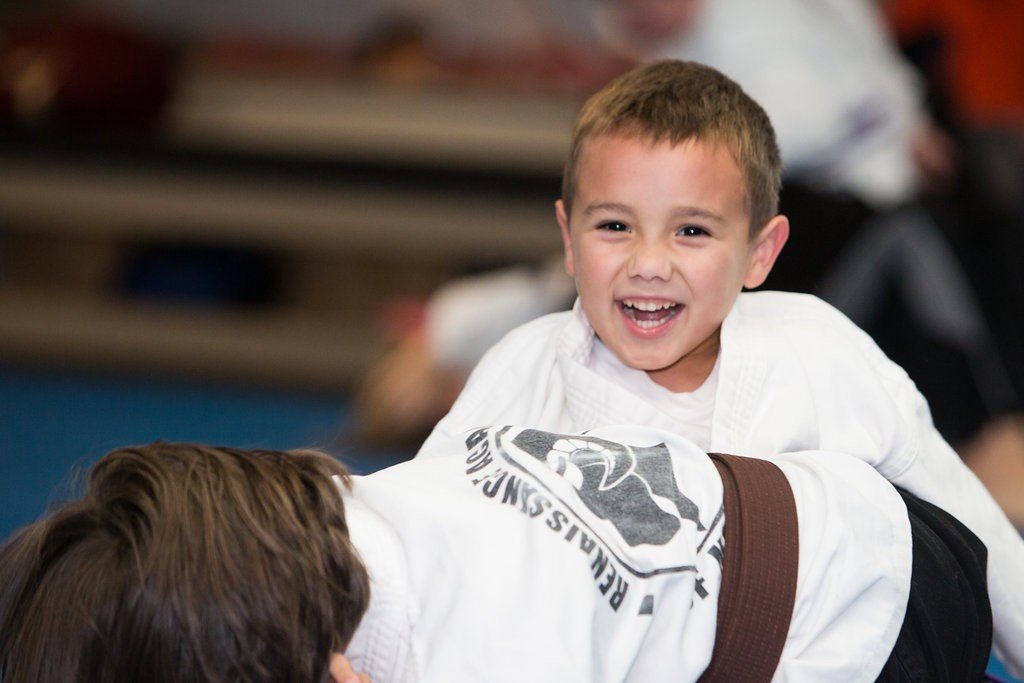 What are the Martial Arts?

Why martial arts?  There are many benefits in martial arts training, not the least of which is self-defense. Knowing how to defend yourself is just as important today as it was when the traditional martial arts were developed in the first place.  At the Renaissance Academy however we find that the personal development benefits of martial arts equal or outweigh self-defense and the fighting aspects.

The term martial arts itself encompasses a large variety of approaches and styles, most of which originated in the orient. This type of fighting is significantly different from traditional western style fighting like boxing and wrestling.

Styles primarily developed based around the regions they came from. Kung Fu may be the oldest and originated in China. Karate is from Japan. Jiu-Jitsu originated in Japan as Jujutsu and was modified and popularized by the Gracie family out of Brazil.  Muay Thai would be from Thailand. In the United States today Mixed Martial Arts (MMA) has become popular and is centered around combining the various styles in to a combat sport.

The Benefits of Martial Arts

Training in the martial arts offers many benefits. Most people will improve their flexibility significantly since entire ranges of motion from the body are exercised. This is especially true with styles such as Karate, Jiu-Jitsu, and Muay Thai. All martial art styles will result in an improvement of physical conditioning, agility, and coordination as well.

Unlike many other forms of physical activity, martial arts also has a strong mental element which not only improves the mind’s focus but also helps improve self control. Emotions such as anger and fear are better controlled through training. Many martial artists can find an inner peace through their training. In today’s hectic world, these particular benefits translate into one of the most effective stress management tools available.

If your kids are bouncing off the walls you may want to consider a good martial arts program before you pull your hair out.  Activities like karate and self-defense training are fun ways for both boys and girls to achieve fitness and focus. The martial arts help teach self-discipline and socialization skills. In fact, according to an article by Modern Families it has been found that many parents whose children have attention-deficit/hyperactivity disorder (ADHD) report great success with these programs because self-control and concentration are exactly the skills underdeveloped in ADHD kids.

Here’s one parents will love too, that experts say that the respect kids learn, whether from bowing or standing still and waiting for the next command, often carries over into school, helping to improve behavior and even grades!

Martial arts training has so many great benefits covering physical, mental and emotional aspects that it’s no wonder why it has become one of the most popular activities for both adults and children. However, it is important to point out that not all programs will produce the range of benefits discussed. Programs that teach just combat fighting techniques may not result in the desired mental and spiritual benefits so it is important to search around for the right school that will offer the benefits one wishes to achieve.
Share Tweet Share Pin